The days of the classic traditional Gentleman are gone – or at least if they’re not then they are effectively dinosaurs dying off one by one…slowly becoming extinct as metaphorical asteroids come smashing towards the ground in a fiery mess. You see as gender roles and attitudes shift, so does the old framework under which the Gentleman etiquette  once operated.

Now personally I like to treat everyone with kindness and respect – well you know; most of the time (aka…if I’ve had coffee) but I am not sure whether this makes me a Gentleman, or just a gentle man. The jury is out on that one…I must admit I’m still a little confused…

But whatever the verdict – I have found this issue on my mind a lot recently, largely thanks to something coming up in my kindergarten class which I didn’t quite expect. You see during “snack time” there is a small window in which I have to try and cram all the various rules around politeness, manners, and etiquette…into six year olds…who don’t even speak English…and would much rather have a discussion about which animal does the biggest poops. Naturally it’s a tough learning curve, and can be quite a challenge, especially as such rules differ from country to country, and from culture to culture…

Ah, and if you’re curious about the aforementioned poo-size rankings, they assure me it goes; 1.Elephant, 2.Giraffe, 3.Horse.

But this time around as the two boisterous boys madly scrabbled in a rush to grab the biggest banana I found myself commanding: “ah-ah-ahhh! Ladies first!” in some kind of involuntary reflex. To which they spun around, and queried “why?”

I was a little lost for words…after all, I didn’t want to instruct them that girls are weaker, or need help because they’re hands are just for show, or whatever else…that would be way off, so…erm…errrr…I wracked my brain frenetically for something usable – but it was just like a submarine radar…beep-beep-beep, but picking up absolutely nothing.

“You should be a gentleman!”  I announced suddenly in a (possibly) unsure tone to which the two young boys stared back in confusion. This was what was always said to me as a kid, and it makes sense…I mean who doesn’t want to be seen as a gentleman?! It’s the epitome of class, and sophistication!

Was that the right thing to say? It’s hard to know these days…you have to be extra careful, because every little thing offends every little person. And yeah,  I’m probably reinforcing gender stereotypes, and all that jazz…

But my wiring is of a rather traditional nature I suppose, at least when you consider the attitudes of other people who are in the 20s age group along with me; I remember my Ps & Qs (no one says that anymore, do they?), I hold the door open for people, pay for dates/meetings that I suggested, and always urinate on the toilet seat. Well you know, no one’s perfect.

But yeah help me out  – what do you think? Do ladies go first?

Received a message out of the blue from an in-need friend…modelling for a clothing line he said – well I’m never one to say no to anything weird, or wonderful – which is just as well as the photo shoot was for a chef’s outfit range! Good fun! 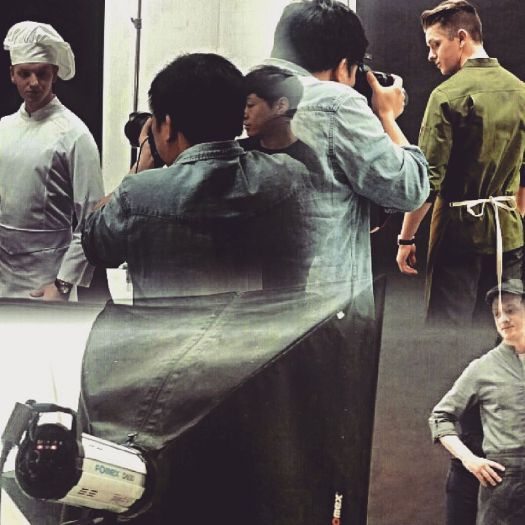 p.s. my current hairspray is fantastic – doesn’t matter how many different chef’s hat they rammed on top of my head, it stayed firm and true. So shoutout to the hairspray, the real MVP.

I have a HUGE, HUGE problem – you see, I have a friend…

I KNOW – TERRIBLE! BUT IT GETS WORSE…MUCH WORSE…

This friend, unfortunately…is of the opposite sex. It’s unthinkable! Unfathomable! Urghhh, I can’t believe this madness exists in the world…it’s made even stranger as it doesn’t feel weird, I mean it feels the same as a regular same-sex friendship – but it is NOT – I am in the friend zone; a desolate land that no one wants to be, ever…it’s kind of like a desert of broken souls, and unimagined dreams…and the fact that I didn’t realise I was here, makes it even worse, even more sad, even more depressing.

People actually feel sorry for me, and so they should. I’m a total, and utter, loser. I didn’t know I was breaking any rules…I just thought I had a friend, a nice-normal friend…but no…I was in the friend zone all along – the betrayal, the disgusting series of lies…I feel so stupid, how did I not see this coming?!

I felt like Neo in The Matrix when I heard the truth…I saw all of the memes, read all of the internet stories, heard the lines in films and TV – they flooded through and everything suddenly made sense! Guys – just like me were realising they were “friend zoned”, and were waking up, aka – “getting out of the friend zone like a boss!”

It doesn’t matter that I am in a happy relationship with another girl, and that my “friend” is with a good man…what matters is that we now realise, despite the fact there is no sexual attraction whatsoever – we do not love each other, we are actually in love with each other – because we are of a different gender, and that is the only possible solution…we must battle this friend zone thing together.

After all you can NEVER just be friends with someone of the opposite sex, the world says NO – even if you both say, YES.

I’ve called her up…she hasn’t been in touch since – she was kinda freaked out – which I understand, it was a shock for me too; but surely it will all make sense soon, and she will pick me up from the friend zone. It’s the only way either of us will be able to survive this life.

Did you relate to my tale of “woe”? Then make sure you like the facebook.com/storytimewithjohn page – we can make it through with each other’s help.

(p.s. I know this kinda thing does happen sometimes, I am just trying to make the point that it is not always the case! After all I have a number of amazing friends, some who just so happen to be male, and some who just happen to be female! So can we cut the friend zone bullshit out, already?!)